"one of the more prolific and visible musicians in town.  makes you proud (or at least less embarrassed) to live in a city that he calls home as well."   -Richard DreyFEST


"Alex is one of the best emerging young jazz guitarists I've heard in a long time. He has one foot firmly planted in the styles of past masters like Wes Montgomery and Joe Pass, and the other foot is stepping out toward new, exciting ground. He plays with the passion of someone truly devoted to his music, and that passion is contageous. Keep an eye on this guy - he's on fire!"


" Guitar Wunderkind!   Alex Nauman is an incredible young guitarist. He has the skills and the “jazz savvy” of players two or three times his age." 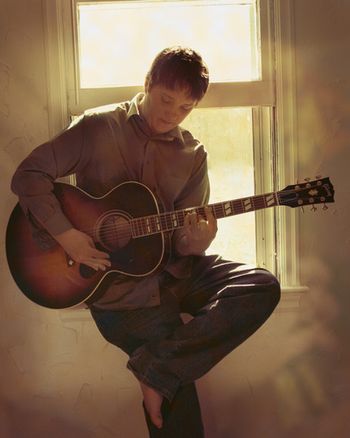 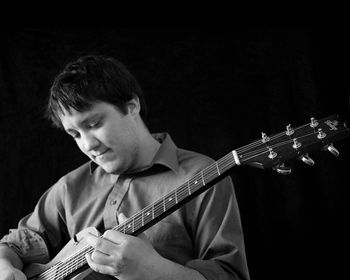 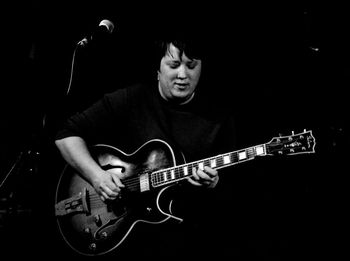 Alex has been been a regular player throughout the Rocky Mountain Gig circuit and an integral member of a long list of eclectic groups even before he could drive himself to gigs. Playing everything from straight-ahead Jazz, Bop, Funk, R&B, Soul, Rock, Hip-Hop, Big-Band Swing, Acoustic Bluegrass, Avant Garde Experimental, and even a little country, its easy to see why Alex is considered one of the most talented & versatile Musicians around.

Raised in Wyoming's Big Horn Basin, Alex began studing guitar with legendary guitarist Jeff Troxel at a very early age. After graduating from Riverside High School in Basin, he attended Northwest College in Powell, WY where he continued studying guitar. A three-year stint in the University of Northern Colorado Jazz Studies program yielded Alex a Bachelor's degree in jazz guitar performance. During his stay in Colorado, he won numerous soloist awards at the UNC/Greeley Jazz Festival and was awarded the Walt Francis Jazz Award for outstanding graduating senior.  In 2014 Alex joined the staff of Rocky Mountain College as professor of guitar and currently teaches guitar, bass, and banjo at Allied Music in Billings, MT as well as maintaining an active performance schedule throughout the West.